Impact of Rapid Deployment on Profit

Being online several difficulty adjustments earlier has an enormous impact on profits. DataTank Mining focuses on getting boards online as fast as possible, instead of spending valuable time and money at hardware engineering, manufacturing, sourcing and assembly of case and cooling solution, or packaging and logistics. Hardware becomes much cheaper and moves online faster. 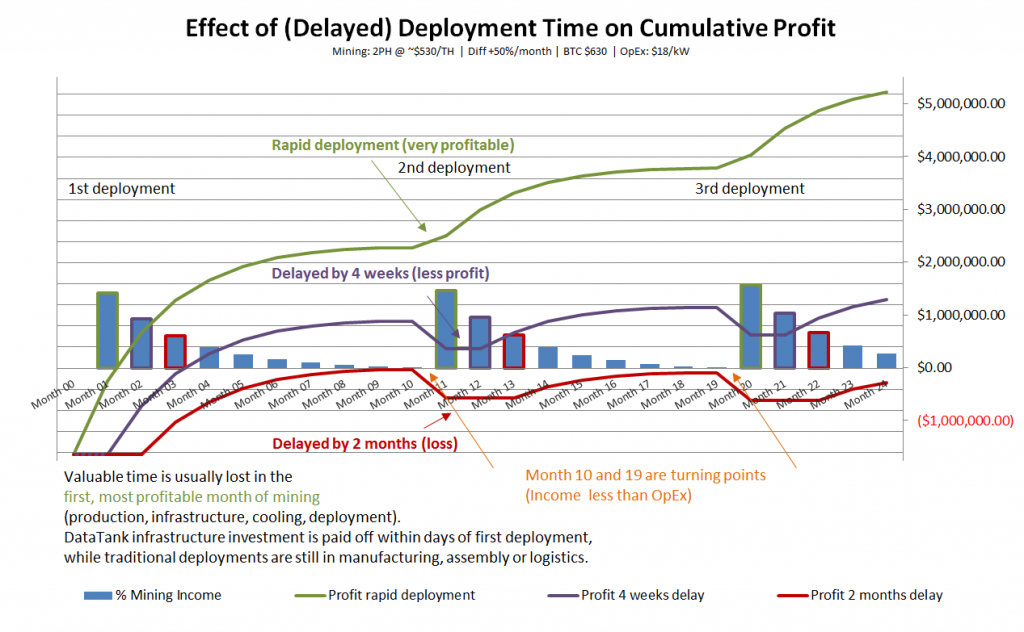 The wash-rinse-repeat effect of DataTank systems on profitability becomes even stronger with additional new deployments of mining hardware, a compelling competitive advantage.

Other Hardware and Currencies

Relationships with some of these manufacturers exist and an effort by different parties is being made to produce a wide range of immersion blades, including Scrypt ASICs.

DataTank Design Guidelines for ASIC board manufacturers can be found here (PDF).

No heatsinks, no fans, no noise, no dust.

DataTank Mining has the capability to deploy 5-10 DataTank containers per month starting from January 2015. Containers will be produced depending on demand and focus will be operating existing systems at full capacity before new systems are being offered on the market.